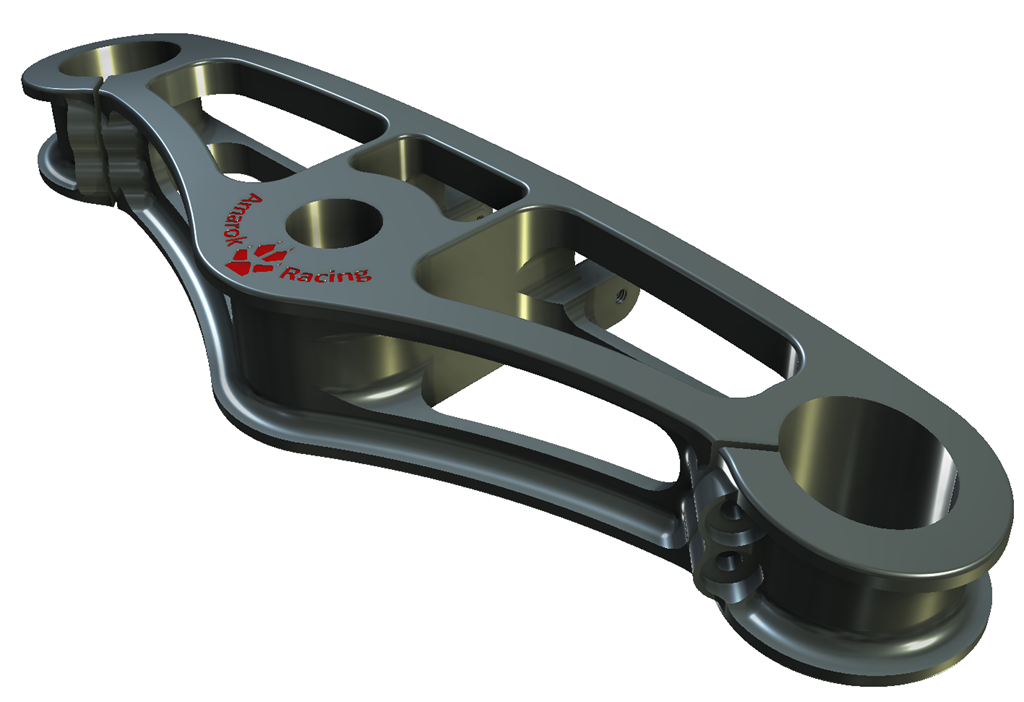 June 1st, 2011 marks the end of the GrabCAD contest to design and model the best Upper Triple Bracket for the Amarok P1 zero emission race bike. Are the contestants doing it to win an iPad2 ? …well, kind of, but most of us have a sick need to win. The only thing we’re missing is an open bar, an awards ceremony, and a bunch of geek talk.

I submitted my first version, and after a good comment on some revisions for mill cleanup, I took another whack at it. While time was limited for me to improve everything, I made some modifications to try and address the concerns better, and lightened the load a bit as well. The second pass soaked up a lot of time trying to force the changes into the existing frame layout.

My model was not the strongest, nor the lightest, but did represent what I would have liked if it were my bike. I wanted a good mix, that could handle at least twice the stress of a full size man leaning on the bars…ok, doing a handstand on the bars.

I don’t think I’ll take another pass at it, even though I’m dying to. Better to go with what I have. There are a lot of great design concepts being added into the contest. Please give the rest of the GrabCAD  Amarok contest submittals a look, everyone spent considerable time doing this.

One good thing that came out of it was the wealth of information that I have for some upcoming articles. Most surround Inventor Simulation, including workflows and do’s and don’ts. Fortunately for everyone else, I learn the hard way. Personally I think that 7075 would have been a superior choice for what they were doing. It is substantially lighter and more rigid. It was popular in earlier aircraft, and when treated properly is a great choice for lightweight structural members, far better than 6061-T6. The main reason most select 6061 is its weldability and is far more malleable.

No specific engineering goals were delivered so I developed my own, and using Autodesk Inventor, set out to meet my goals. These were simple:

Force: 556N applied to each handle bar in both direct downward, and in a forced turn motion. The Mounting shaft receives 808 N. The analysis here picked up some concentrations while twisting the component in a forced steering motion. Imagine front forks jammed and twisting with 125 pounds on each bar to get it free. This is not a problem since the yield point was a long way off, and we’ll never reach that kind of stress. It did give me some understanding of how the component was reacting to this strange set of circumstances.

Best of luck to the contestants who submitted over 100 models.  GrabCAD and Amarok Racing will pull their favorite 10 units, and begin to analyze them until they have a winner. Hey GrabCAD, when you send the iPad2, send the winner a 3D Printed model too. It would be a nice touch. 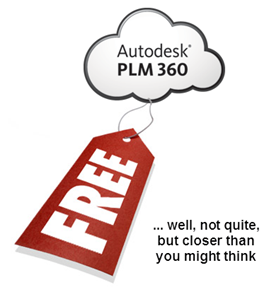 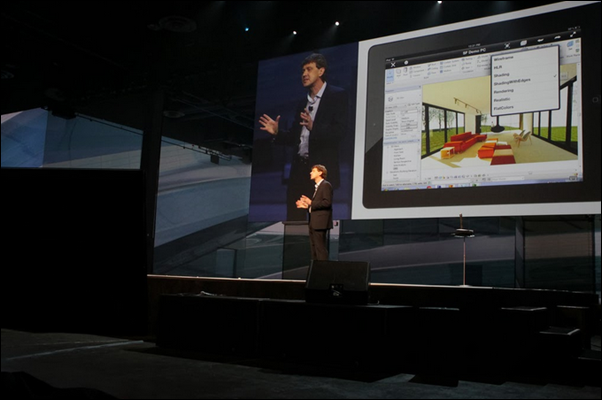