Autodesk Inventor Publisher keeps components in check by remembering every detail of what was done in each Snapshot. It’s like historical modeling, off the chart. I say that because EVERY Snapshot has its own history. When you initially figure this out, it seems cool. Later when you tried to back up and alter something, it no longer seemed so good, right? The Snapshots that follow aren’t playing along with the change in plans. There is however a simple workflow to solve these kind of issues.

I was covering more preparation for the Autodesk University 2010 Class coming up, and thought this would be a good topic to discuss:  Backing up and surgically removing Component modifications, while having the remainder of the Snapshots agree to follow suit.

In this example, I have decided that the Top plate move to the left was a bad arrangement. One option is to delete the Snapshot where the change was made. That won’t do it, for 2 reasons:

Publisher sees this as wanting the Snapshot removed, not the Component move, and since the Component placement exists in other Snapshots, Publisher will seek to protect that, by moving the instructions to the next Snapshot. It’s kind of like the chicken and the egg scenario.

The Snapshots are normally viewed as a Thumbnail preview, however there is a Timeline View that will instead display the manipulation history as a list view in each Snapshot. This lets us see, and modify, what has been altered from one Snapshot to the next. These may include Component Material changes, Moves, Explodes, Callouts and so on.

Publisher reads each Snapshot in order, from left to right. Once a manipulation has been committed (and recorded) in one Snapshot, no further instance of it is noted. Only the changes that occur in the individual Snapshot.

Delete a Feature from the Storyboard Timeline

We can’t get rid of a move by deleting the Snapshot it was initiated in, but we can however delete the Move command directly. If you are an Inventor Professional, think of each of these features, even style changes, like browser features (just without the end of part marker).  So we delete the move from history: It will be removed from history. Since the move that started it is gone, the remaining Snapshots will not reflect the previous placement in their Canvases. Notice the refresh icons that appear at the lower right corner of the down line Snapshots indicating that the Timeline is being updated.

Deleting a Trail Elbow will cause Publisher to forget the last move applied to a Component. This will be reflected down line. Direct changes to Storyboard Timeline features, like moving the plate in my example again in the same snapshot, are reflected down line.

I’ll be covering a lot of items like these in my Autodesk University 2010 Class. If you have time, check out the class because I’ll be laying out a lot of these kinds of details.

Some of the outcomes of these situations can be altered slightly using the ‘Set Affected Snapshots’ function. Discussing it here would have confused things too much, and it will be better discussed in another article. Keep checking in with me here, and eventually I’ll cover that and more Publisher topics.

Autodesk Simulation Nastran Launch : Where They are Now 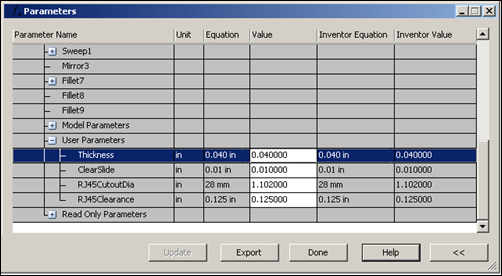