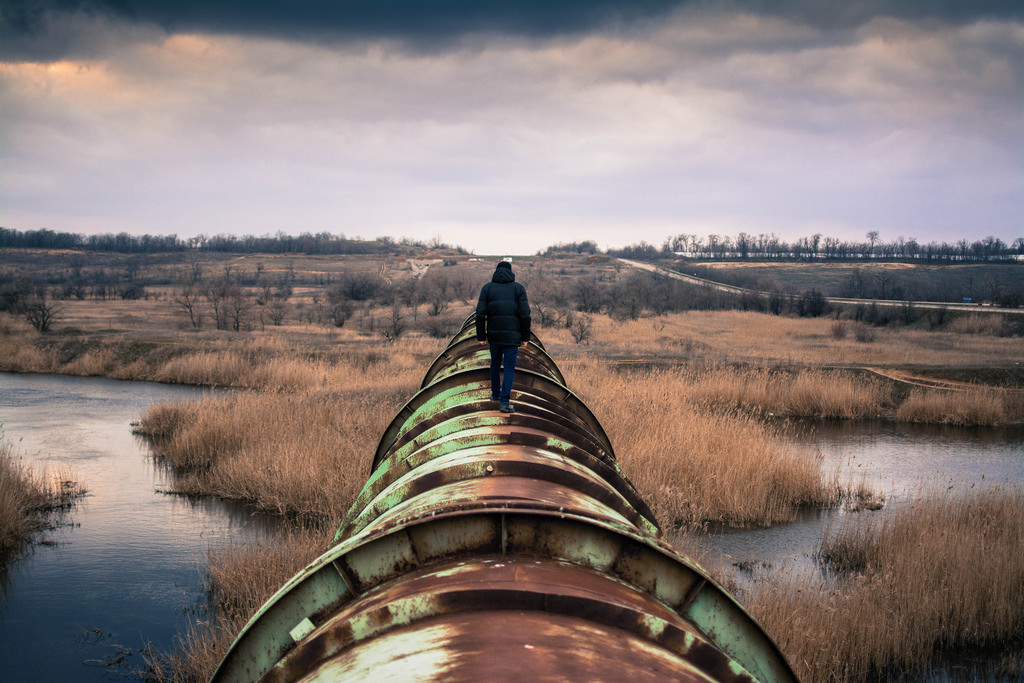 With Autodesk Inventor 2017 now available to us, there are a number of enhancements to the Tube & Pipe module. These enhancements are of great, and very personal interest to me. Not only is Tube & Pipe my bread and butter on the job, but I’ve been rather tirelessly spearheading a user campaign over the last several years to convince Autodesk that this module needs some very overdue improvements. With a number of users posting dozens of suggestions in the Autodesk Community Inventor Idea Station, Autodesk has begun to take notice. I had some discussions with some of the Inventor team while at Autodesk University 2015 last December, and was told that the developers are taking a good look at these ideas, and working out a road map to implement as many of them as they are able to. The road is going to be long, changes as big as those that this program needs do not come easily, cheaply or quickly. It is nice, however, to see some progress being made.

With Inventor 2017, many of these first changes are in the area of Flexible Hose Routes. Some new features have been added that users have been requesting for some time. These include:

A new Find In Browser context menu has been added to Inventor 2017 to locate a selected fitting in a flexible route, during route creation or while placing fittings. With a fitting selected, the user holds the CTRL key and right clicks to get the context menu, and then selects the option to Find in Browser. This will highlight the fitting in your model browser.

Offering two new context menu options, Offset Point and Intermediate Point. These options will allow a user to create multiple intermediate points while routing a flexible hose with fittings. A user can even switch between the two options while routing the hose.

This is one that I hope they roll out for rigid pipe routes soon, for now it works only within flexible hosing routes. This new Show Violations box replaces a message box that merely informed you that there was a problem with a bend radius, somewhere in your route. Now the dialog box shows you the exact violation, and tells you where in your route it occurs. This will make it much easier to fix problems on the fly while creating routes, without having to spend time diagnosing where the problem radii might be. This image is a bit small, but shows an example of the dialog box in action. 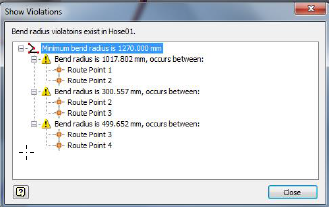 There have also been some enhancements made to several of the Tube & Pipe dialog boxes for both flexible and rigid design. These include: 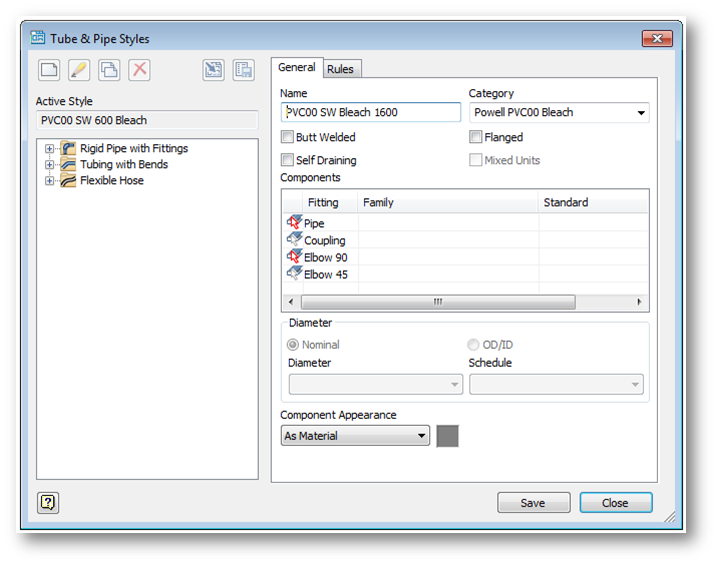 This dialog box is now resizable, no longer the one size fits all it has been. Also, the box size will increase if a user adds more than seven (7) connections to a fitting or piece of equipment being authored. 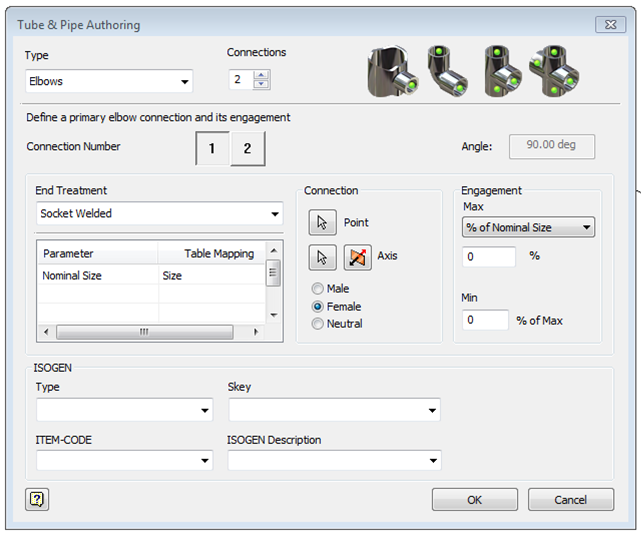 This is one that I can personally claim credit for. In previous releases of Inventor, when beginning a new pipe run, you would get a dialog box asking you to name the pipe run and select the location to save it in. As you can see in the image below, which is for creating the Master pipe run and the first pipe run, the default location for the pipe run in the bottom portion of the box is set to Run01 as is the default pipe run name. If you changed the default pipe run name, the default location was still set to Run01 unless you changed it. Strangely enough, all it took to change it was to click your mouse in that field. the location field would the take the same name you had just given to the pipe run. 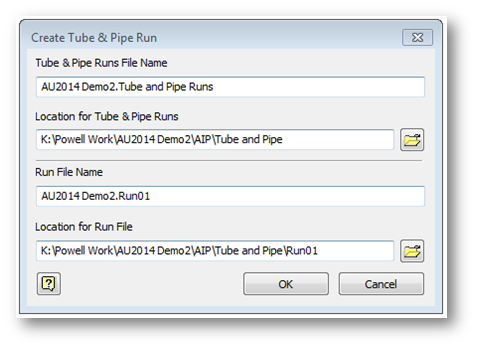 It doesn’t seem like much, but if you missed that step your carefully named “Process Water” piping run would now be located in a folder called Run01. So, unless you remembered that Run01 was process water…. you’d have to open each run folder until you found the one you were looking for. In 2017, this location field automatically updates as you are renaming the pipe run, so that the run and it’s folder location will have the same name.

These new features added into the Tube & Pipe portion of Inventor 2017, to me, represent Autodesk finally committing to a long road of improving this important part of their software. With my involvement in the Autodesk Community forums as an Autodesk Expert Elite member, I see more and more people using this module and asking questions about it. They have offered many good ideas about improving the software, and Autodesk seems to be taking notice. I know that I will continue to encourage these improvements, but I am fairly excited for this new release to see some of my own ideas and those of users I have spoken to in action.

Chris Benner is a highly rated Autodesk University speaker, an Autodesk Exper Elite, and one of the most active people in the Autodesk Community. Check out his blog  Cad Tips, Tricks & Workarounds 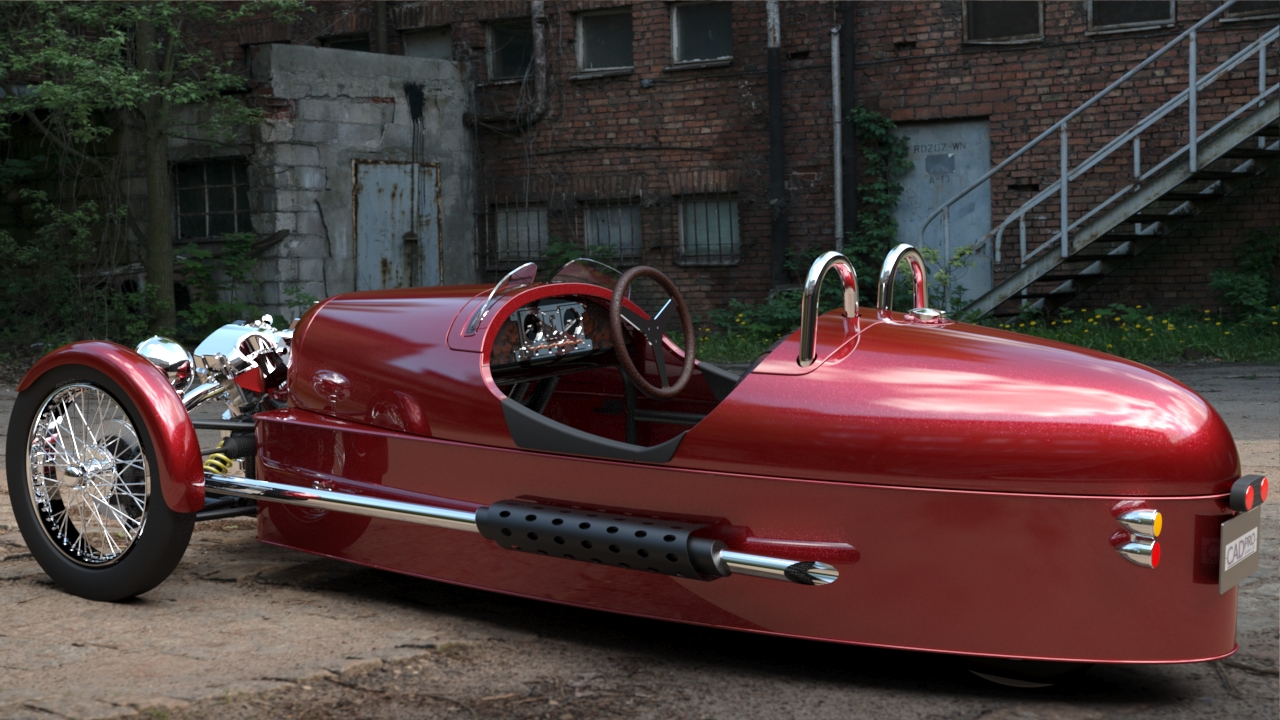 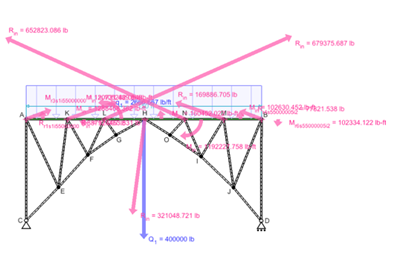 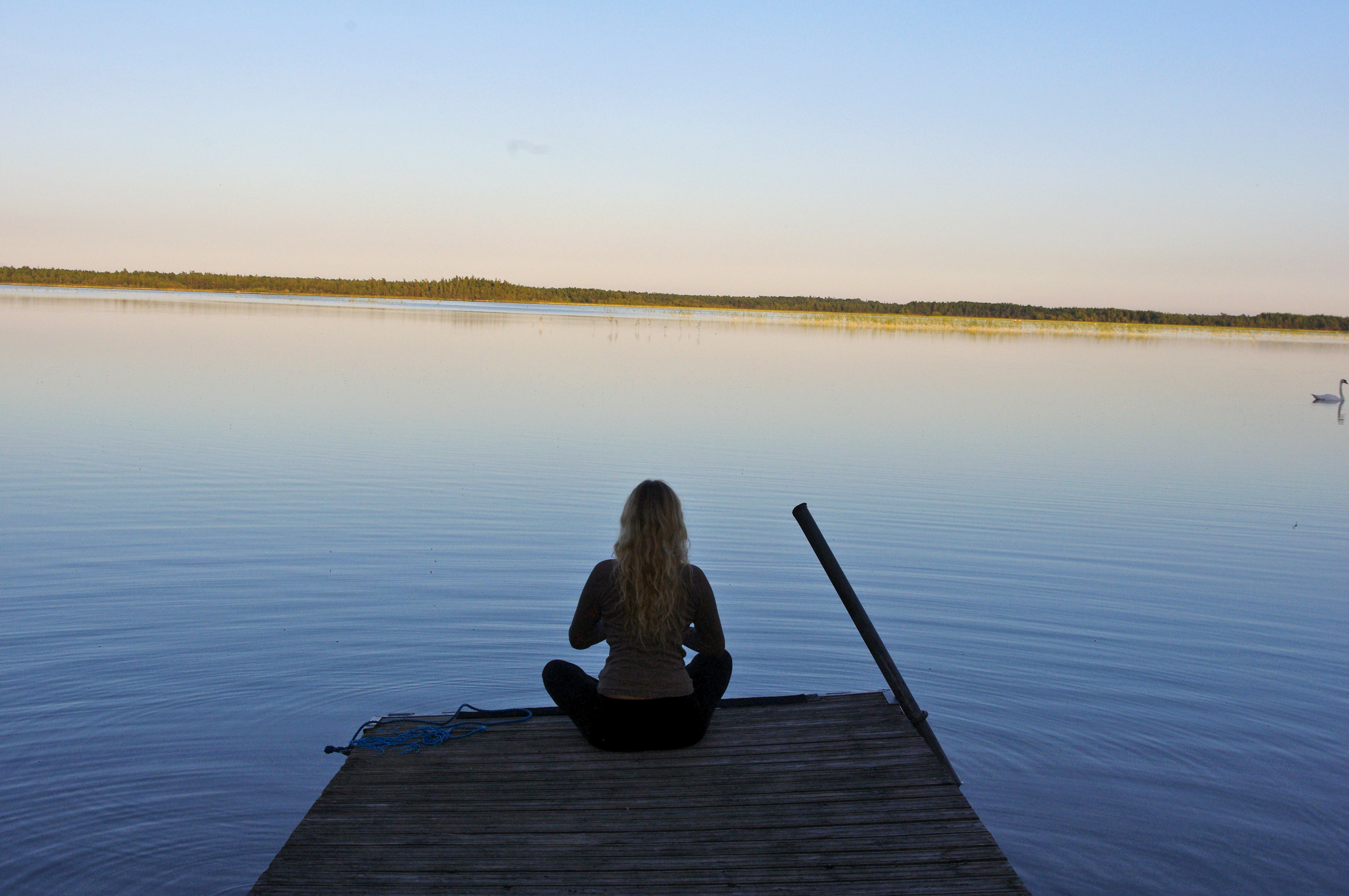 The Father’s Review of the Lenovo P40 Yoga