If you have tried installing Google Earth 5 recently, you may have run into some problem.  I did, and it led me on a wild goose chase that ended at the ‘Being Civil’ blog.  The article noted scaling problems when inserting images via the Civil 3D Google Image link.

The Being Civil Blog image article

I did a Google search for “Google Earth 5.0.11337.1968“ and got numerous results.  Be Aware!!! Most still downloaded from the Google Earth site current release.

After installing I confirmed the version number; I got the same results!

Time for a major version change

I installed it, and verified the version number; uuuh same result

I ambushed one of my associates, who has been using Google 4.3 with Hypack.  I had him mock up the same 2 overlapping images, and link them into Civil 09.  Exact same result.

I went shopping to find out what gives.  Discussion groups were my next stop.  I found a discussion that referred to the ‘Being Civil’ blog (again), with a different article from February.  It discussed surfacing, and after GE 4.2 the surfacing import was altered, and a reduced amount of data being exported to C3D.  They said if this is a problem, we should go back to 4.2.  Well, I’ve tried all the other versions, why not 4.2.  I know it’s not a surfacing error, but maybe they are linked.  They were kind enough to provide a link:

I did the same overlap test at a different region in Vegas and even worse results.

I wish I had some conclusions. I can’t say what the answer is.  It just does not work properly.

All things said, I have not been keeping up with the “Google Earth gotta have latest version” push.  It’s a nice tool, but I don’t use it every day.  I cannot say when things went wrong, but I don’t remember a problem in 2008.  2009 was a blur, and all I did was study for Certifications.

I might be inclined to blame my poor abused machine, but my associate received the same results from a different version of both Civil and Google.

If you are having the same trouble, please post here so I can determine a pattern.  Then maybe we can get Justin and Jason will to do a little more research for us. 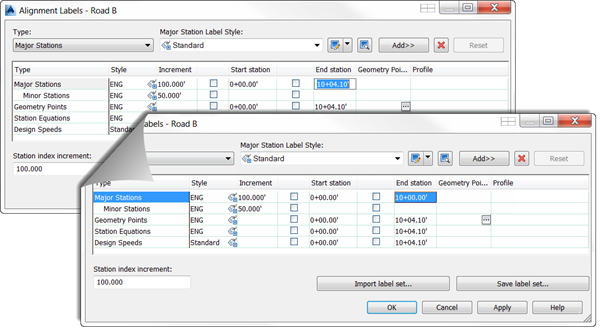