My time with 3Dconnexion’s SpaceMouse Wireless 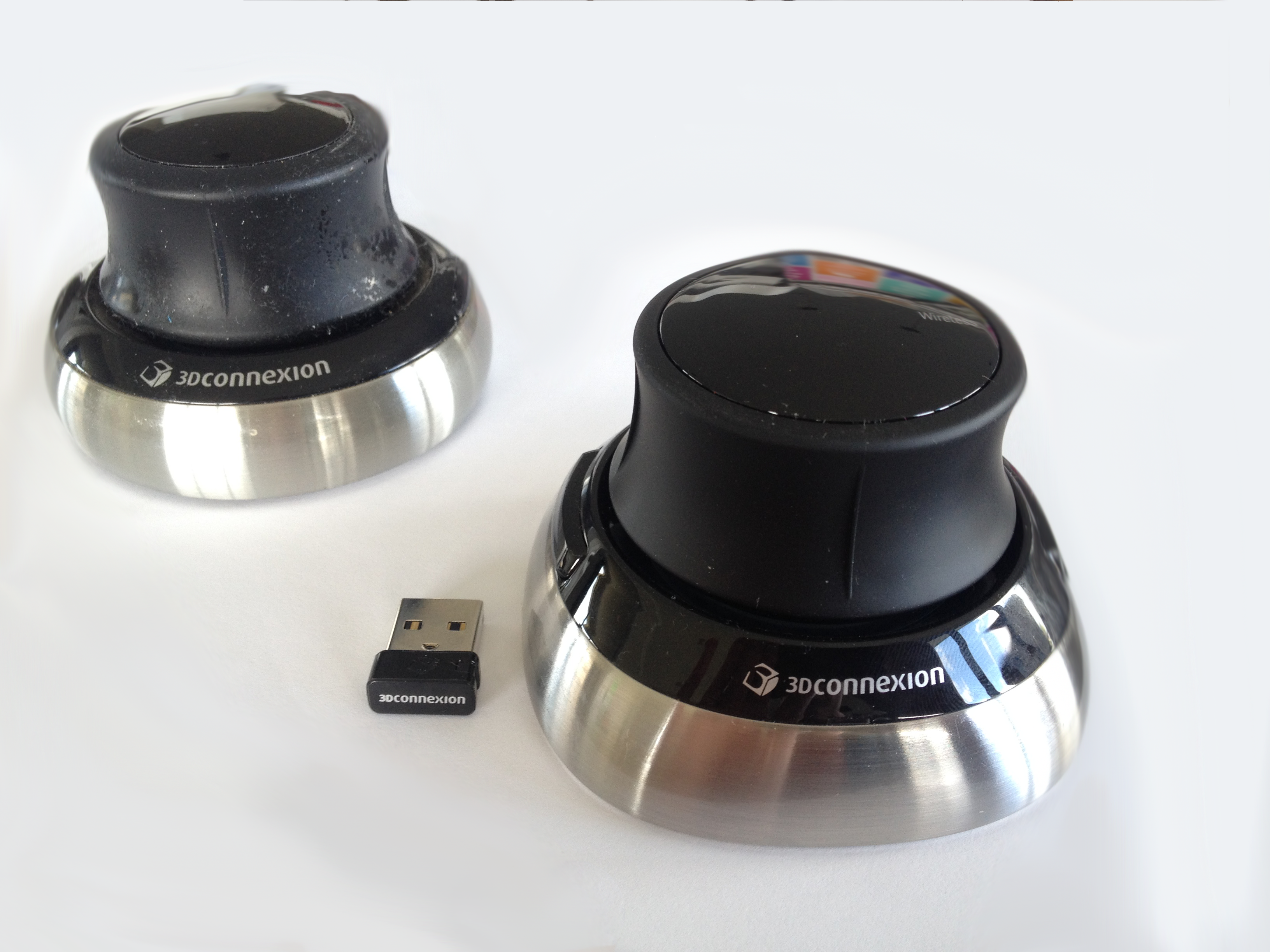 Back in October 2013, 3Dconnexion announced the release of the world’s first wireless 3D mouse, utilising 2.4Ghz technology in combination for the first time with their patented 6DoF sensor. I’ve had the privilege of using one since late September, so this review is long overdue. A number of things got in the way of writing this up, initially 3Dconnexion‘s Release 10 of their 3DxWare software & driver was buggy. I wanted this review to cover some of the excellent changes in that driver, so I felt it was only right I waited until it had a fighting chance. In 3Dconnexion’s defense they fixed those bugs by Christmas, by which time I was swamped. Last week they released a new version of the driver in readiness for the 2015 release of Autodesk products, interestingly it contains some lovely additions.

The 3Dconnexion recipe is a successful & well respected one, their hardware is rock solid & performs flawlessly. I owned the SpaceMouses’ predecessor the Space Navigator for 5 years & it never missed a beat, not even once. Bearing this in mind it’s clear they didn’t want to change too much here, while being extremely keen to change things up. The key was to change just the right amount. So have they? They’ve retained the base quality & functionality of the Navigator, but modernised the look & feel of the device. It now somehow feels as if its build quality has surpassed the Navigator as well as having a far more ergonomic product. The 2 buttons are larger, with a more comfortable contact point for your thumb and ring finger. I think that contact surface helps to improve the feel of the click, it’s smoother while being more positive, over time it just makes the device more enjoyable to use than its predecessor.

You don’t realise how much of an inconvenience the old cable was until it’s gone. Once you have used a 3D mouse it’s extremely hard to do without it, so there was always a degree of comfort in the knowledge the device was wired. Wireless peripherals of years past, have been notoriously battery hungry and there simply isn’t anything worse than sitting down for a day of mouse jockeying to find the darn thing is flat (dead). So, have 3Dconnexion got the wireless setup sorted for this 3D productivity puck? YES! I nearly always forget to turn it off, admittedly I’m not using it 8 hours a day in my new job, but I am probably using it ~10 hours a week. I’ve charged it twice since September. I’m also secure in the knowledge that if the battery does die, unlike some hardware companies, 3Dconnexion weren’t d*cks about connectivity. They used a standard USB mini port, so you could always nick one from a nearby electronics device when you find yourself in a bind.

Beyond these points, the SpaceMouse Wireless still navigates around 3D space in much the same way as its predecessor. 3Dconnexion devices are a balance of highly functional hardware and intuitive productive software. So let’s see how that performs. With the release of the SpaceMouse Wireless, 3Dconnexion released 3DxWare 10. It brought with it a brand new architecture. They rebuilt the application and drivers from the ground up, so they could start from a fresh foundation. The Inventor add-in reflects this, gone is the configuration dialogue of old. You now have to configure everything via the 3DxWare dialogue running in Windows. At first glance it appears the contextual options have been removed, but digging deeper you realise they have created an even more powerful setup. You can now choose to assign up to four contextual commands to each button, which you can then click or configure it in a more traditional single contextual command manner. With an Inventor Assembly document active, swing over to the 3DxWare dialogue, click on buttons, then you are able to assign one of the preconfigured radial menu’s to either or both of the buttons.

Here is a more detailed walkthrough for customising the SpaceMouse Wireless buttons in a single contextual manner:

1. With a part open launch the 3Dconnexion Properties tool from the taskbar.

2. Make the following changes in the 3DxWare dialogue, make sure you leverage the excellent search tool by typing in ‘2D Sketch’. Once selected click close 3. Create a 2D Sketch in the part and the 3DxWare Buttons menu will now show Inventor – Sketch

4. Make the following changes using the same method as previously. This time customise both buttons. Notice I have ‘Finish 2D Sketch’ on the same button as ‘2D Sketch’ in the Part environment:

5. Now you can quickly create 3 driven dimensions to drive the overall size of your component in all 3-axis for your Parts List & BOM. Bish, Bash, Bosh!

At first the setup of the driver seems weird, but it all makes sense once you poke around a bit. Autodesk’s command naming still doesn’t help matters when it comes to finding commands to assign to buttons. The Measure command for example, lists half a dozen results all called Measure, why it doesn’t say Measure Distance, Measure Angle etc.. is beyond me. Fortunately a bit of trial & error sorts it out.

I would use the Radial Menu’s extensively if 3Dconnexion enabled support for selecting the commands in the radial quadrants by moving the 6DoF puck in the appropriate direction. Having to move the mouse to click seems like an inefficient way to do it, I’d like to be able to do it exclusively from the SpaceMouse, rather than having to include the traditional mouse as well.

It Rocks! What are you waiting for? Go buy one.

disclaimer: 3Dconnexion provided Design & Motion with a sample of the SpaceMouse Wireless for the purpose of testing & providing product feedback to their team. I offered to write this review of their product & in no way have they imposed any restrictions on this article. 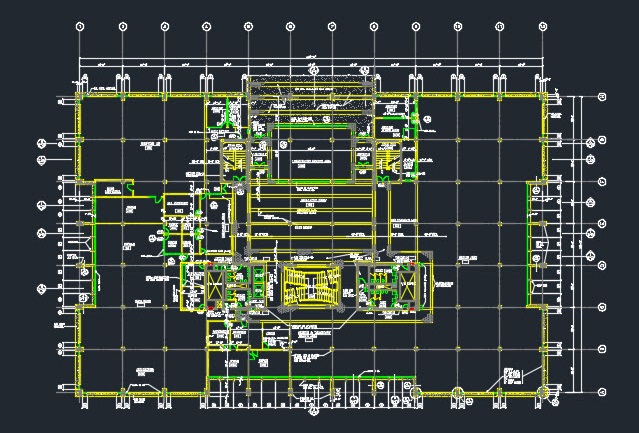 What’s Up with AutoCAD Mechanical? Part 3 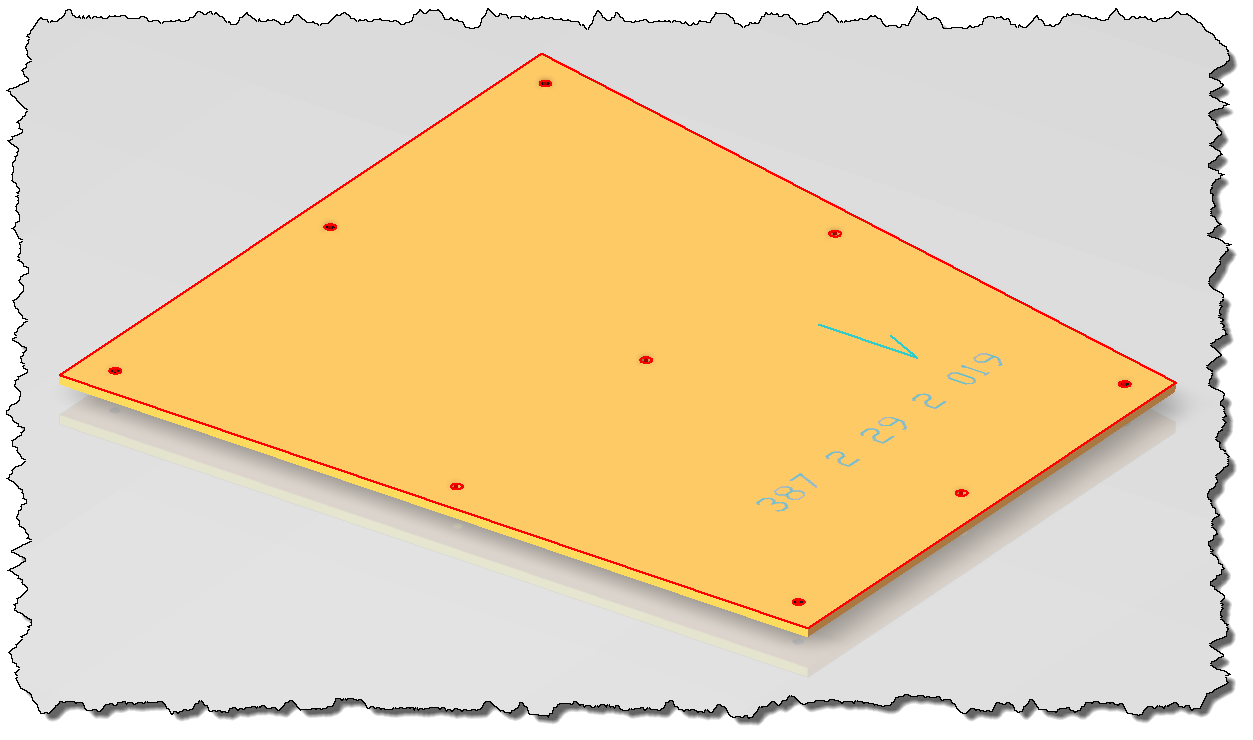