I often get wrapped up with ‘having to know the solution’, and I’m a sucker for a design challenge. My wife just loves it. If I just learned some equations, I wouldn’t understand the process.  That’s only useful in 1 instance, and not adaptable.  I gotta know how and why. Like when I was figuring center of gravity while calculating the direct material volume replacement for differing densities to achieve a target combined mass. That was the pinewood derby, using Inventor. (I established the equation using linear vector intersection,  and yes it is linear)

That’s what brings us to our current discussion, “arriving at the resulting angle of the edge of a cone as it passes through a plane that is neither radially or axially orthogonal to the centerline axis of the cone”. The farther off plane you get, the narrower the angle becomes.

We will cover the following topics:

I need to cut a truncated cone out of the head to create a skirt.  it needs to lie exactly on the edge of the dashed construction geometry line at the base of the pocket.

We know that the Insert is angled at 30°, so why not feed that to it. So we will.

In the image above, the Green Dashed line adjacent to the target construction geometry, but the cut feature is nowhere near. The Difference is about 4.5°.  That is not what I had in mind.

What we need to focus on are the simple facts, and nothing more.  Those  facts are as follows:

We need a cone, that touches 2 specified points, and aligned to a specific axis.

We need to focus on getting the cone to touch the specified points, not a specific angle. The edge of the cone creates a right triangle, and whose vertexes along the hypotenuse and are a specified distance from the perpendicular edge (the edge parallel to the cone axis). We simply need to know those radial distances.

Knowing where you are going is half the journey.  We are halfway there.

In the image above, you should notice the red sketch with dotted construction geometry, the Yellow work axis and work points, and the resulting blue sketch that represents the edge of the cone.

As I proceeded through this, I went on to create 3 references, but we will only discuss the inner 2.  I hope this does not cause too much confusion.

I tied a work axis to each of the target edges, and created work points along the axis at key locations shown above.

I projected a plane from the inner work point, perpendicular to the Z axis (the axis of the cone).

I created a sketch on that plane, projected that work point, and the Z axis, and applied a reference dimension from the axis to the work point. That’s what we needed right, the radial distance to the edge of the cone at a specified location.

In the image above we have the triangular result.  This is important to understand. We have created a triangle that lies on a single plane, out of the facts scattered about on other planes.

At this point there is one more dimension we need, the Height.  We could get it by creating a sketch plane along the axis, and referencing a dimension for the distance between the 2 work planes along that axis.  I went a different way.  The fewer features, the more stable the model.

We know the length of the short side of the triangle (the base in the example above) is the result of the difference of 2 Inventor Reference Distances, D2-D1.

We know the length of the hypotenuse of the triangle, which is the edge of the insert base length.

We can determine the height ‘H’ by the A sqr x B Sqr = C sqr, and then feed that back into another equation, but we can cut a step out.  Try this.

AngRes (above denoted as ‘a’) = asin(Ddif/SideLen)

Feed the Cut Extrusion with these values results:

If you cared for your work feature properly, the cone will lie exactly as planned.

Gag the guy who just said “but the result is an arc”.  Yes it is, because we are not aligned to the axis, and a cone is circular. However, it does not change the fact that we only need 2 points to be precisely placed on the Cone.

This example was created with the fact that no Axial Rake Angle was present. Next time I will discuss what happens when you don’t plan for complex angles, and watch the tool design fall apart as you introduce the Axial Rake back in.  We will get you a better equation that takes 2 axis into account.

Check Back for Part 2 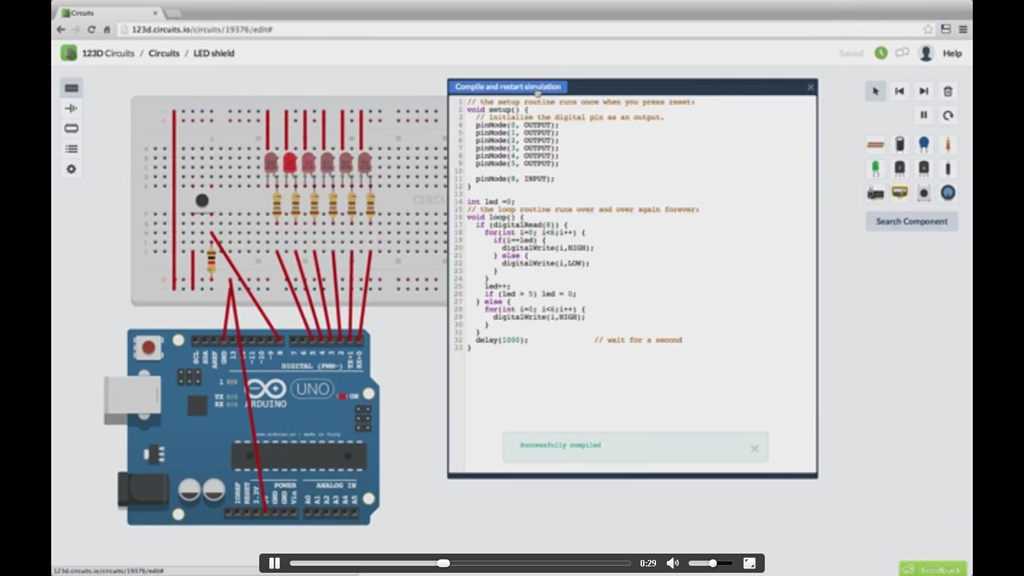