Last day of the active convention.  In the past years that I attended, things were extended through Friday at lunch time, but this year it is all crammed into 3 days, and many extra items happened behind the scenes on Monday.

Before I tell the tale of woe, I’d like to say that I had all intention of making the most of the day, as I had the last 2.  Unfortunately, productivity went out the window.  This was not the worst day in AU history, but little benefit came from it.  The “I should have stayed in bed” adage would have been useful.

Firstly, I got up a bit late.  I didn’t go to bed as early as I should have, and I was exhausted from the day before. After making the half mile hike, and getting in touch with a few people, and having lunch with Alex G before he left town, I had to decide the remaining day’s events.  I had classes, and the Civil 3D Pro re-certification that I had not tended to was out there.  You know me and certifications: it was just calling my name, “Free!  Free! Here! Easy!”. Should I study my weak areas, or just go to class.  Nah, just go to class.

Peter Maxfield taught the 90 minute class Design Optimization via Simulation.  Peter is a veteran teacher at AU, and his titles follow my interests closely.  I wasn’t about to miss this class.  It went well, but so many labs, it was like a culture shock to sit and listen.  This class focused on using parametric tables in the analysis, and promoting changes back to the design.  This was kind of nice because it tied up a few loose ends in my simulation courses, almost as if the Autodesk guys sat down and planned it out.  The only thing I might ask of Peter for next year is more data in the handout.  They were good, but I would have liked a bit more.  I really use those handouts over the following year.  I hope Peter continues to teach higher level classes next year.  Thanks again.

I was heading to certification when my phone rings.  My wife is telling me that Continental Airlines left me a message via computer voice saying that my flight tomorrow is cancelled due to snow.  Then it informs me that they’ll get me back in motion on Saturday.  I’m in Vegas.  I don’t have the funds to stay another day in Vegas.  The burger meal I had first day was 30 USD.  Besides I had the opportunity to stay over Friday night, and opted to come early instead.

So I try and stay calm, and while she is relating this info to me, and telling me there is nothing she can do to help (so I will have to care for it myself), Ron Couillard is taking off and trying to say goodbye!  I don’t want to ignore Ron, but I really have to fix this!!  The frustration started to set in hard.

Ron was in a hurry so we said goodbye, and when he was out of sight, I proceeded to have my conniption.

So rather than deal with it, and study a bit of my weaker areas, I figure the best thing to do while my blood pressure is rising was to go take a big test. So I hauled butt to certification.  They let me right in.  Half way through I began to feel the pressure of the flight plans, an started feeling really sick.  I banged through and did not check my work, and let’s just say the score was not as good as it was earlier this year.

I bailed.  I didn’t even print the results, I just excused myself, and headed to the room as fast as I could cover the half mile journey.

It took me over an hour on a cell phone that was plugged into the laptop for power to understand the problem, and get Expedia to fix it.  Apparently Houston was expecting a snow front, and only 1 Continental flight east from Vegas, and only 1 connector East from there was going to fly.  The nice lady got me on that 6:30 am flight finally, and I tried to relax a bit.  They really did fix it, but the hour plus on the cell phone while sickly was just not how I planned my AU day.  I felt bad! What the hell will I do with the rest of this day?

An interview would have been more productive

I went by certification again, hoping to interview Nancy and Barbara for the BLOG.

I decided to re-test and got sick AGAIN.  Nothing I ate would settle, and I just needed to rest!

Anyway, by the time I got through with the exam, they were cleaning up.  I had a question about the exam, and Nancy tried to take care of it.  I wanted to talk with Barbara too, but the poor lady really needed a break.  I don’t think she ever left certification.  She never had time to attend any events.  Come to think of it, I never say Nancy either.  They all wanted to go home, so I decided to lay off, and head out.  Before I went they gave me a courtesy copy of the AOTC for Civil 2010.  That’s a 3.5 pound tech manual.  Sweet.  Thanks guys!…umm Ladies!

While talking to the really nice folks, I mentioned that I ended up missing Thomas Tremblay’s class, and almost had a chance to speak with him at the Blogger Social, but he had to take off before we could get to him, and said I was really bummed about it.  The lady there asked if I knew Thomas, and I said “no, but I know Nancy”.  I don’t want to see what my face looked like when she said “I’m Nancy”, but the rest of you probably would.  I looked her in the eyes, and I kid you not, did not recognize her.  One of her most outstanding features that I remembered was her pretty blonde hair from 2 years before.  It was not blonde anymore.  Whoa!  It really changed her appearance.  She giggled at me, and I just apologized for not recognizing her.  I was waiting for the tongue lashing, but it never came.

Word has it they processed 1600 exams, and one person surpassed the Chinese challenge, passed 8 exams.  That’s skills.  Like I said, Certifications really bent over backwards to be helpful, and if there was a best of AU award, I’d vote for them.

Shaan Hurley and the Hide and Geek

As I am leaving Certifications, Shaan Hurley decided to lighten his load with another Hide and Geek twitter surprise.  I was right around the corner.  Sure enough, I was the second guy to get to him.  We gave him business cards for licenses to Camtasia!

I did not have time to drop my stuff off, so I just headed to the last event of the year.  They had it in one of the big halls, with roast pork, roast beef, rolls, as jus, and deserts.  By this time I was feeling pretty empty, so I got some food, and went around trying to get some decent pics.  NO BEER.  I had to get up in a few hours, and just needed to see my associates before heading off.

They had pool tables, air hockey, darts and some other games.  Don’t forget bean bags.  We could have used more tables, but no one seemed to mind.  We were all chatting and enjoying karaoke?  Yep, Karaoke.  I hung out with my AU friends, and watched the best AC/DC rendition I think I have ever seen.  It was time to go.

I said my goodbyes, and took some more pics on the way out.  The longest line was at the guy drawing attendee caricatures using sketchbook pro.  That’s how to demo a new product.  The guy was great, and the line was huge.

Everyone was lining up outside for the Shark Reef exhibit.

This is the line going…

And that is it coming.  Ain’t no way I’m waiting through that.  I’m going home.

I avoided all my haunts, and headed straight out.  All my bills are settled, packed up, and it’s midnight.  4 hours of sleep, and get in a cab. 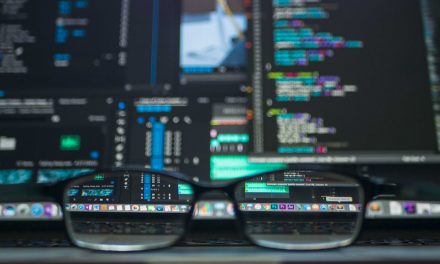 AU2018: Lenovo ThinkStation Powers the Technology of the Future 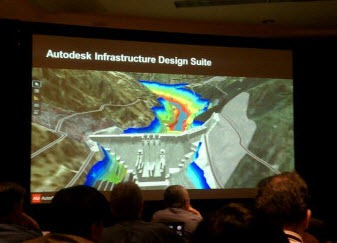