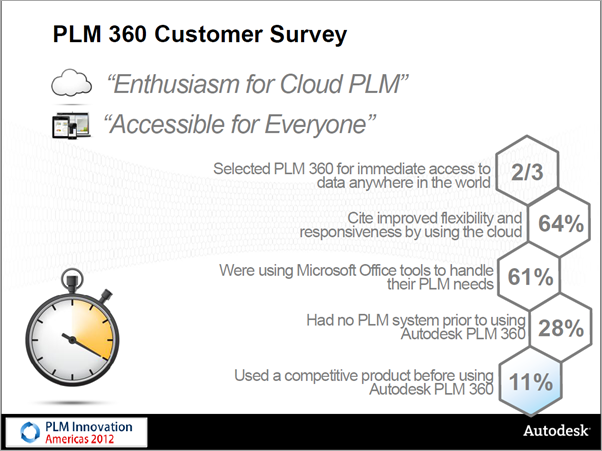 As of the moment I am writing this, the PLM Innovation Americas 2012 event is well underway. I was expected to attend, but unfortunately I could not. So Rob Cohee and Richard Blatcher called me to share some of the fun and give me a chance to interview them remotely.

We’ve all seen PLM 360 advertised, Autodesk’s PLM/PDM solution for management of data. Rather than trying to muscle into a pretty established field of dedicated manufacturing PLM/PDM solutions, they chose instead to develop a blank canvas of customizable possibilities, allowing anyone to benefit from the tool. I think some of us would like to know how has it been shaping up?

The initial release of PLM 360 reminded me of Microsoft Access in the old days, where you could make any data sets and link them together how you liked, but some things were still not possible. PLM 360 lacks some things we’d all like, but the product is substantially better than when it was initially released earlier this year. Every month improvements and more importantly, increased capabilities have been merged into the software. One thing I would like to say about the somewhat simplified initial offering is that it was very stable and remains so today. That is the plus side of the cloud.

The PLM 360 team announced that the product adoption shapes up something like this: Autodesk recently announced 2 separate purchases, allowing them to expand the capabilities of PLM 360.

The first was a sensible purchase of Inforbix, from which the company is pleased with the prospect of advanced searching capabilities their technology will offer. What I didn’t realize is that the searching capabilities are not limited to the PLM system data, but other data sources as well, in a well organized display. It’s all data, right?

Another notable related occurrence is that Oleg Shilovitsky is now heading up the PLM 360 development team. After a few discussions with Oleg, I can say that his knowledge of the PLM domain should put some solid direction behind the PLM 360 team. I’d really like to chat again about the vision that Oleg has.

The other purchase, Qontext, is a bit different. Their purchase was driven by the desire for more and more socialized tools in the design space. These capabilities are expected to extend an enterprise level of collaboration over the PLM 360 and Autodesk 360 spaces. Eventually we should see a merging of the two, and less of the individualistic behavior as seen in Autodesk 360 currently.

I asked the PLM team about what this meant for the product, and they responded, “Imagine if Facebook and PLM 360 had a child together, the Qontext social technology would be that result”. They went on to say that it could replace many methods of communication (such as email, etc.) employed by teams in decision making and collaborative communication into a streaming, socially oriented space. Any process could benefit I suppose.

I’ve been trying to wrap my head around the application of this. Perhaps my recent coding issue in PLM 360 is similar to this behavior. Logging a support request and communicating over Twitter about the status between the company, myself, and others who tried to help. Eventually the log was closed with the resolution I worked out.

Autodesk recently engaged in a customer survey to gain some insight into what their existing adopters are focused on. While we are only seeing what marketing displayed (and/or asked), my reasons for adopting the service are the same as the reported majority: Autodesk went on to say that while the PLM 360 product is ready to go out-of-the-box, most of their users have successfully customized the interface to accommodate their workflows, and not the other way around.

I asked the team about proposed builds of the service for specific sectors of manufacturing, as a competitive product.

They were quite emphatic about how “Autodesk does not understand your process better than you do”.

They said that the customer is better off with a product that can be matched to their process, rather than the company having to adjust their process to “Autodesk’s version of how your process should be managed”.

“Some of our customers have existing, traditional PLM tools that they are happy with” Rob noted “…if they are happy with that experience, we don’t expect to elbow our way into their engineering department. Where we are adding a lot of value is reusing the information that is already inside those PLM solutions, so that we can extend that information beyond engineering. Many companies have tried to use their PLM solution to do this, and some have been dissatisfied with the results; the cost; the time it takes to execute. We can help these companies improve the areas that they have an immediate need for.” What it won’t do

What it will do for you

I believe PLM 360 is a good investment, when the seats are properly meted out. Other product that we have all used to try and manage data and services, including MS office products, leave us feeling a bit caged in because they are cumbersome, and data often has to be manually transferred. I feel that with a reasonable investment in time, the PLM 360 service can be tuned to meet your needs and release your team to streamline you data access and processes as they see fit without past limitation.

Autodesk seems excited about the future of their PLM 360 platform. I asked if we’d see them share their vision of the new purchases and direction of PLM 360 at Autodesk University 2012. The company is not saying to what degree that would be possible, as the purchases, etc, are still reasonably new, and plans are still being made. Rob commented, “We’re going to make more news this year than last”.

I mentioned last year’s big slogan, and how we were waiting to see what was in store. “You want another one John?” Rob teased. “How about this?”:

“Everything Comes Into Focus”

Ok, well that’s what I am expecting at Autodesk University 2012. Some serious focus on where Autodesk is taking design and management in the following year.

Inventor and Vault | The Library Videos for iParts, iAssemblies & Assemblies 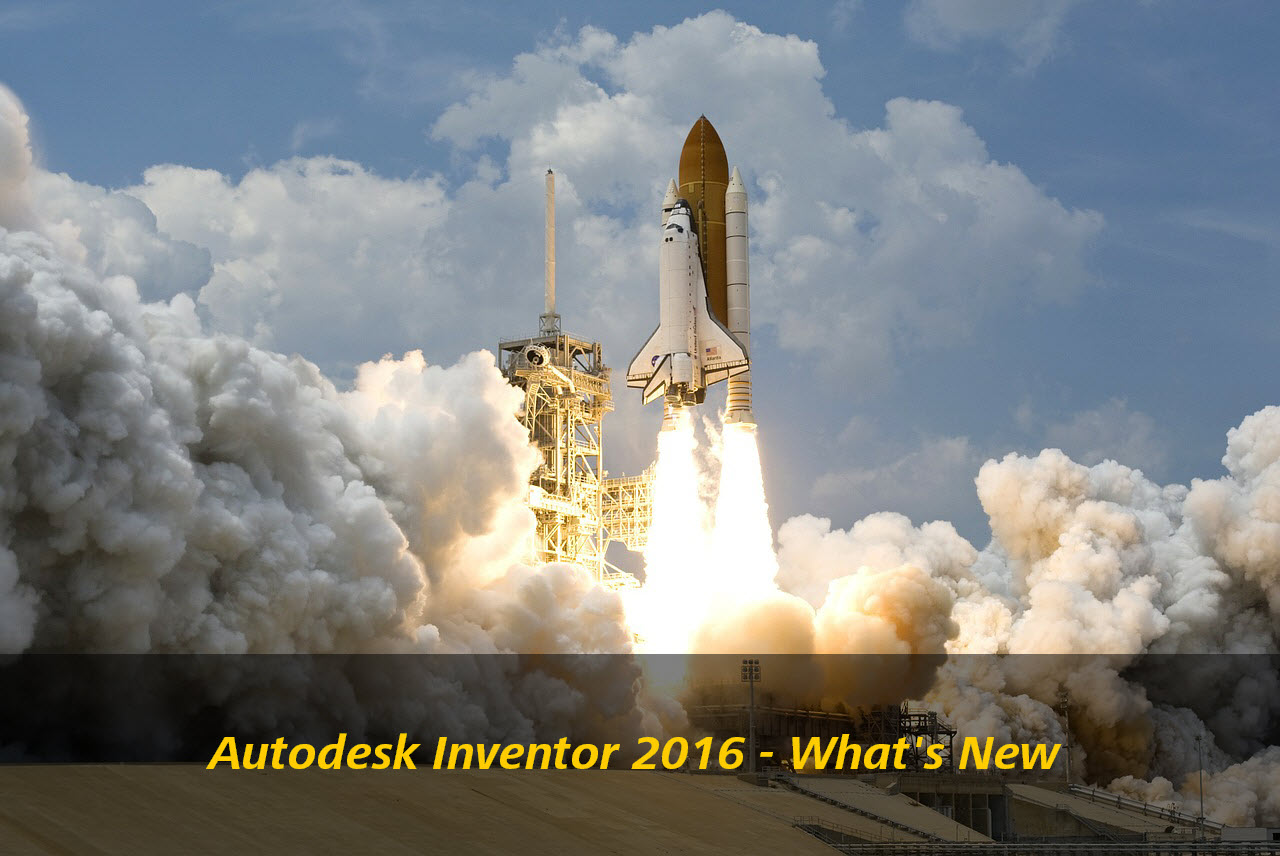