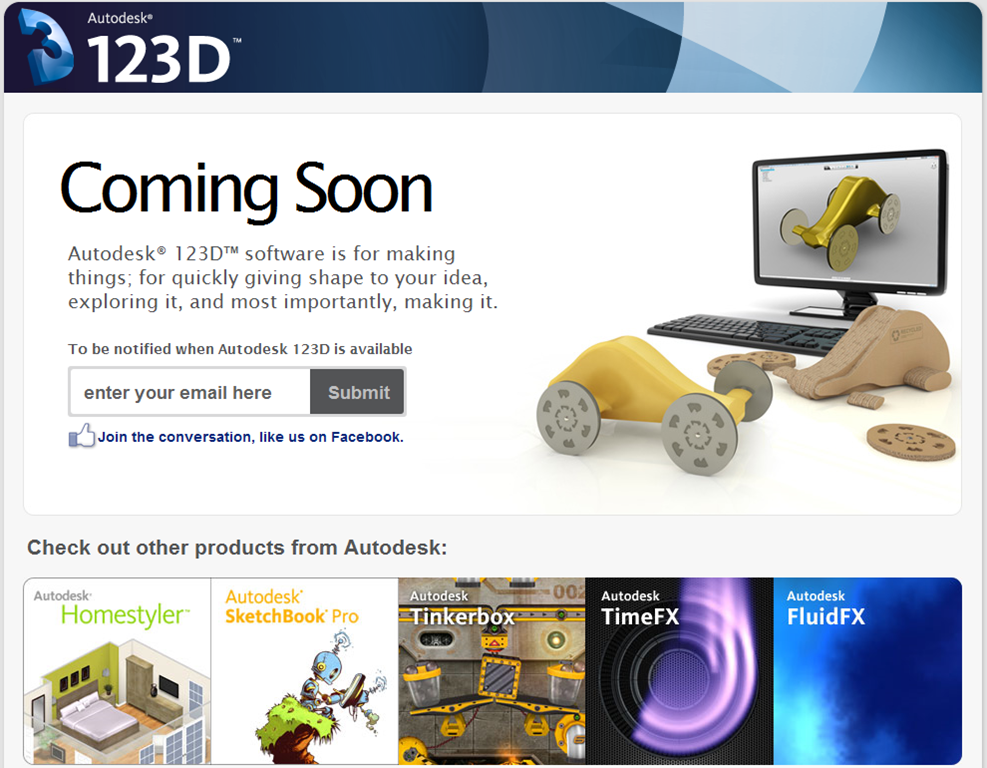 In yet another step towards completely democratizing Digital Prototyping, Autodesk has entered the 3D Printing and rapid prototyping arena. During the Wired Business Conference last week, Carl Bass, Autodesk’s CEO, announced the company’s concept of DIY 3D Prototyping dubbed ‘123D’. Their vision: that anyone can take their idea, and turn dreams into reality with a push of a button.

What’s involved in the 123D concept? Autodesk recently announced the partnership, which puts Autodesk and its software in touch with company’s that are already bringing 3D Printing to the masses. Ponoko has been developing online services for 3D Printing, and Techshop is well known for it’s fabrication shops throughout the USA, which put manufacturing and fabrication tools within everyone’s reach.

Wired Magazine quoted Carl as having said “It used to be that in order to make things you needed these big expensive machines. Now you can produce things at high quality, at relatively low volume and relatively low cost.”

The theory is that anyone can develop a model, tweak it, and push a button. The service bills your account and sends you a printed version via the mail.

The reality is that it’s still bloody expensive.

While the cost of desktop printers are coming down, in order to have a useful product you’ll need to drop $5000 USD. I don’t have it, do you? The DIY printers out there, such as Makerbot for example, produce precision at no better than 0.1mm x 0.4mm. This is fine for rough ideas and prototyping. These units, while fascinating, are unbelievably slow and noisy.

So we can go to a service, which is what 123D is about, but you’ll have to pay them for their time, equipment, and materials. The cost of materials isn’t really ‘on-sale’ either. These factors result in a very high cost ratio. “Hey look, here’s my little idea. Each component cost the equivalent to a tank of gas to print.”  No one has mentioned the additional fees associated with one unit orders, nor the cost of shipping and handling.

While the Autodesk application may be free (I think it will be), neither Ponoko nor Techshop’s services are. Techshop gets in excess of $100/month membership dues. ouch.

Concern in the Engineering Community

Somehow the mix of a company like Autodesk producing applications that are intended for the general public (instead of engineers), begins to rub some professionals the wrong way. Most noted is the manner in which some professional tools are marketed below the bar, so to speak.

In this case, Autodesk developed a tool for the general public, in order to introduce them to the possibilities that these capabilities offer. Autodesk stated that “With our portfolio, Autodesk is uniquely positioned to bring professional grade technology to everyone in a way that’s accessible and fun. We’ve already seen the incredible things people can do with our design software when we supply it to consumers – consider there are nearly 5 million downloads of SketchBook and more than 800,000 downloads of TinkerBox on iPad alone.”

They continued, “As you’ve likely read, Autodesk 123D will be a free Windows desktop 3D modeling application that can be used by students, hobbyists and entrepreneurs. From both within the application and through the 123D website individuals will be able to discover or download content to help design and access personal fabrication services like 3D printing or laser cutting…”

Sean Dotson beat me to the punch the other day, with his discussion about democratizing various aspects of engineering and design on the MCadForums. Sean made a good point in the post when he said that due to the price and capability, there is no way that the guy in his basement is going to be able to produce anything in substantial quantity or quality resembling a engineering / manufacturing facility. He closed his discussion with “That’s it. This is still a hobbyist movement.”

Since the concern had been voiced by others that 123D would put ‘too much power into the hands of the inexperienced’, I asked around to fellow project managers and engineers about how they felt, and they agreed that there is so much regulation over what we purchase, that material selection and standards are set. Additionally it’s already a buyer beware market, and half the stuff you buy now is crap anyway. What’s a few more things that might or might not suck. They all feel that they only buy critical items from reputable firms, and when they buy for price only, they expect lousy service and short term failures. “The market will work it out” was the resounding opinion.

One thing that occurs to me is that the CAD/3D Print idea they have is not a new one. Many services are already porting code for pricing and ordering capabilities, right in the software that engineers are already using. What happened here? Why did Autodesk avoid developing a similar service plugin for Inventor? I asked this question, and this is what they (Manufacturing) had to say:

“…Most of our professional users have access to a sophisticated manufacturing supply chain to produce their products in volume. 123D is addressing people who want to make high quality products at low cost and low volume. However, accessing personal fabrication services at 123Dapp.com won’t be limited to consumers alone. Any professional who wants to take advantage of rapid prototyping services through our partners will also be able to do so. “

Would I use a rapid prototyping service? Absolutely. Do I think this is a cool idea? Hell yeah!

Al Dean was harassing me on Twitter about the similarities between the ‘little guy’ developing a new product on a desktop 3D printer, and the guy with an NC Mill in his garage. I’m the one with the NC Mill, and I would absolutely use 3D printing for what I need it for: to test prototypes. I however will be waiting for Print3D’s rapid prototype pricing / ordering software that is coming out very soon. The 123D sounds terribly hobbyish, and I for one require an Inventor related application.

Autodesk’s desire to move quickly into markets that they have historically separated themselves from, and to develop applications that in some cases seem to bypass the mainstream engineering group is often confusing. However, their ‘mainstream market’ products have been immensely popular, and free downloads don’t hurt either.

Will Autodesk make anything better about capabilities of the services or the pricing models in rapid prototyping? I seriously doubt it. Until they start developing 3D Printing equipment and materials, I can not see how the status quo will be altered. Various companies such as i.Materialize and their refinement of rapid prototyping materials and technologies will continue to drive the market. The few dabbling hobbyists will not.

What Autodesk will do is to  introduce a relatively new technology to people that might not have considered rapid prototyping, lacking the software and industry knowhow.  Ultimately, many will not be able to kick the design bug, and will want to become professional engineers. It’s more addictive than tobacco and tattoos

All photographs shown hereon were borrowed from Daily Motion, Ponoko, Techshop, and Print3D.

Check me in AUGI World 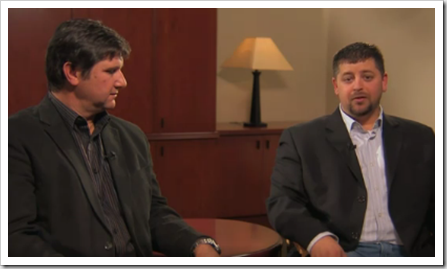 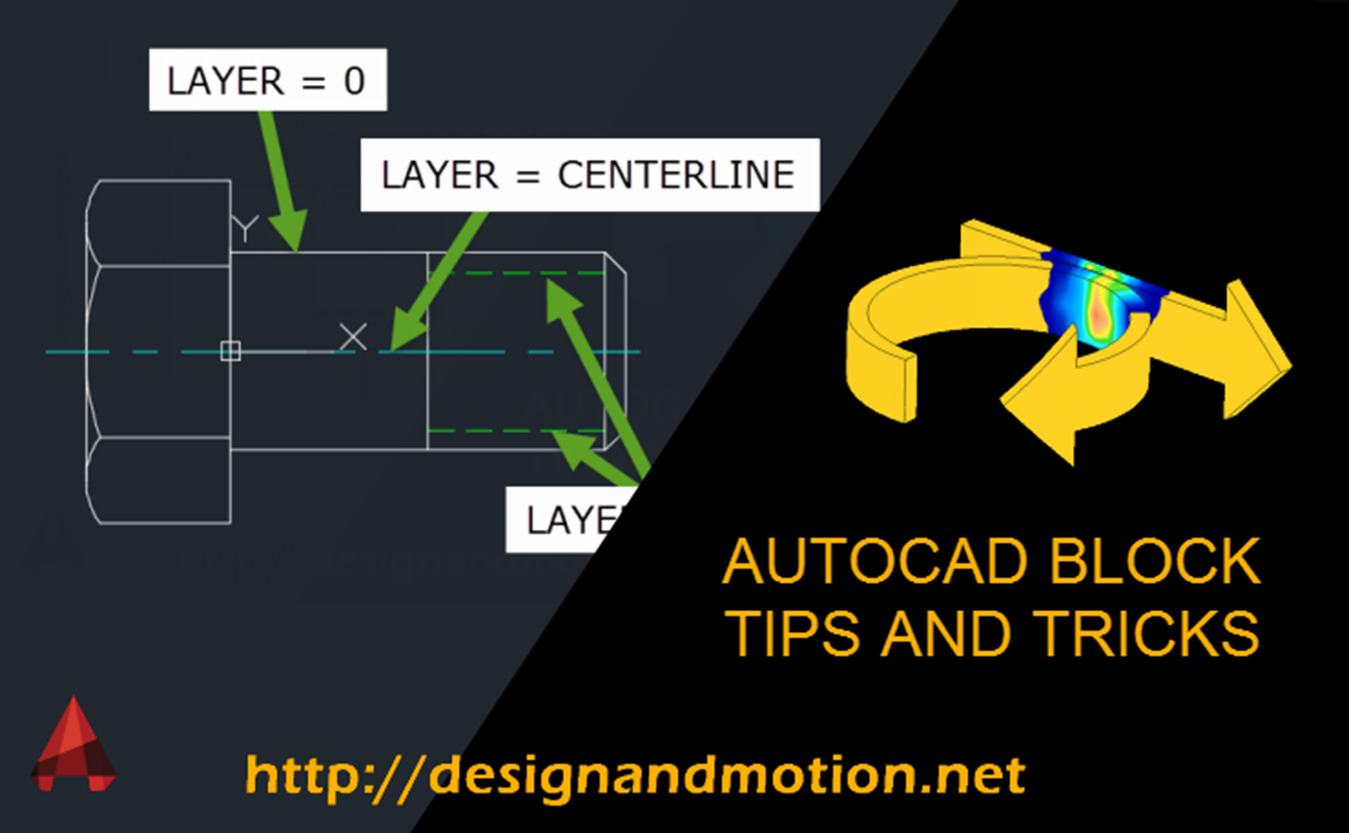