NOTE: I have revisited this issue and article 4 times over now.  I am rewriting this…again…, but the images are old because I don’t have time to cut new ones.  I hope the article is still understandable.

I needed a fast certificate of completion letter, and the drawing to go with it.  I’ll just throw down some pipes here in 2010; it’s simple, no need to go to 2009. A good job to start getting a feel for this part of the new version.

I thought I would put down some simple structures, labeled automatically, edit the network, and spend the bulk of time messing with the profile (at least I hoped).  My styles are all formatted, and all work smoothly.

Things did not go as planned.  The profile was a lost cause.  Perhaps we’ll discuss that later.

I laid down this arrangement from my (imported 2009 template) Network Parts List. Notice the disgusting mismatched labeling on the pipes and structures.  The blue, while not labeled correctly, is formatted to what I thought I’d get by default.  The Red is useless.  You have to manually change the description.

The problem is the descriptions.  We needed a fast generic label style, and decided to mod our parts list to not only contain all the material data, etc. but to change the names to something simple like, 24” RCP.  This way when we needed no pipe data, and fast labels, we’ll just take the description of the pipe, which is transferred from the Network Parts List Pipe Name.  It’s worked well for years…. Until today.

The image above depicts the route the description labels pass through.  The blue is the properly operating path, the red is the fouled path, and the green is operating as expected.

Must be Catalog Regen

You all remember that, right. In 2009, we had a disjoin between the Parts List and the Parts Catalog.  We used to be able to do a Catalog Regen, but that does not seem to get it.

Created a pipe run. It is still conveying the Category name.

I created a new Parts List, a new Structure and Label Style, and a new Pipe and Label style.  I thought this was the thing.  Nope.  (I just went and did this in a new blank OEM template drawing as well…the same result!)

What we used to do is swap the parts.  After making all new stuff, I realized that you could swap the the same thing you already have.

So we swap the part; not to another part, but to the same part it already is.

It seems that 2010 is not prejudiced.  It just doesn’t like anything.

I searched the command settings as well, but found nothing to suggest it’s not in the code. 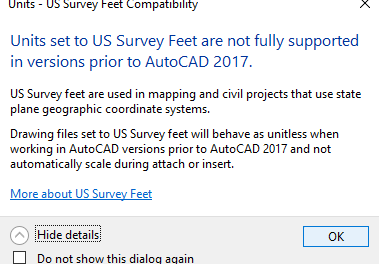 Hardware – Why Should I Buy a Workstation Video Card?